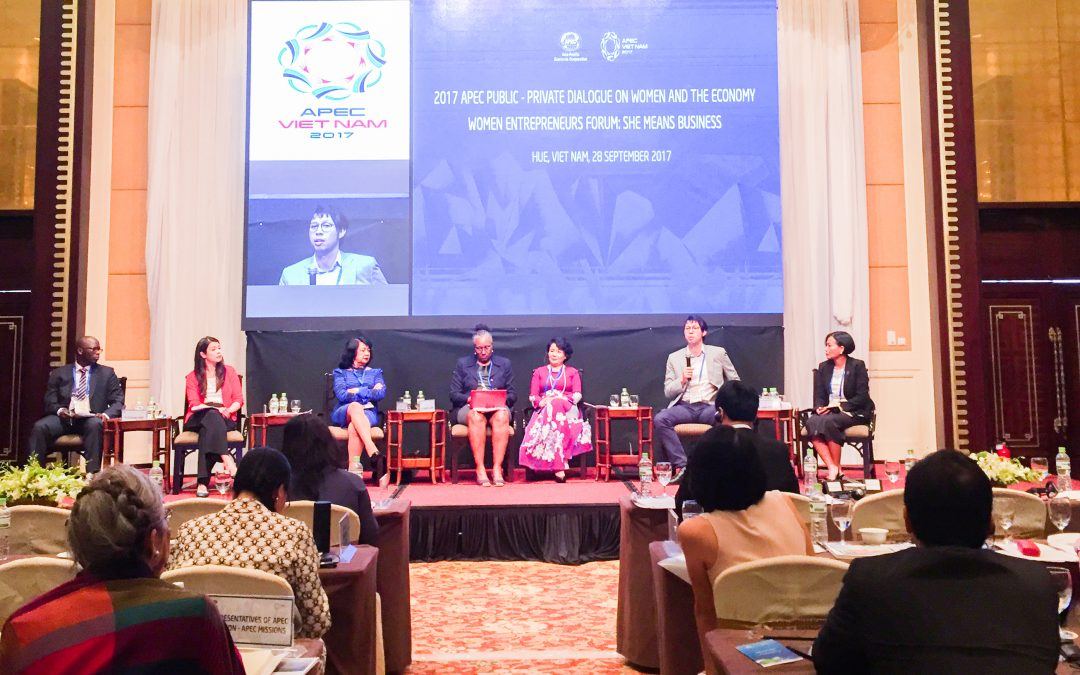 Meeting this week in Vietnam’s ancient city of Hue, the Asia-Pacific Economic Cooperation (APEC) forum placed its focus on women entrepreneurs. Dominic Mellor, Senior Country Economist of the Asian Development Bank and head of the Mekong Business Initiative (MBI) was invited to speak about Women Entrepreneurs in a Changing Global Market.

Four sessions, each focused on different facets of women entrepreneurship, were held throughout the day with two speakers each. Mellor represented MBI at the second panel: Women Entrepreneurs in a Changing Global Market. After each session, panelists put the topics up for further discussion.

Mellor shared his support for the creation of a coalition of women business associations that garner support for women-owned businesses, especially in the case of small market enterprise laws. Part of MBI’s mission is the loosening of regulations to serve as a catalyst for accelerated growth and opportunities in Vietnam and the Greater Mekong Subregion.

Mellor also pointed out that new innovations in technology are paving the way for this growth, especially when dealing with access to fiscal help. The union of finance and technology – fintech – can enable better access for all, especially women.

I Love Asia was the recipient of the WISE grant at the MIST investor showcase this year. Founded in Hue and now operational in Hue and Hoi An, this startup gives guests the opportunity to take lady-led motorbike tours through well-known sites. The community-centric startup also helps the disadvantaged in the communities where they operate.

MBI has extended its entrepreneurial catalyst reach beyond tourism startups. MBI has started MATCh – Mekong Agriculture Technology Challenge, the Fintech Challenge – for financial technology, and Smart Cities – for improved urban living. MBI will continue to support women entrepreneurs in all sectors where they are propelling innovation.