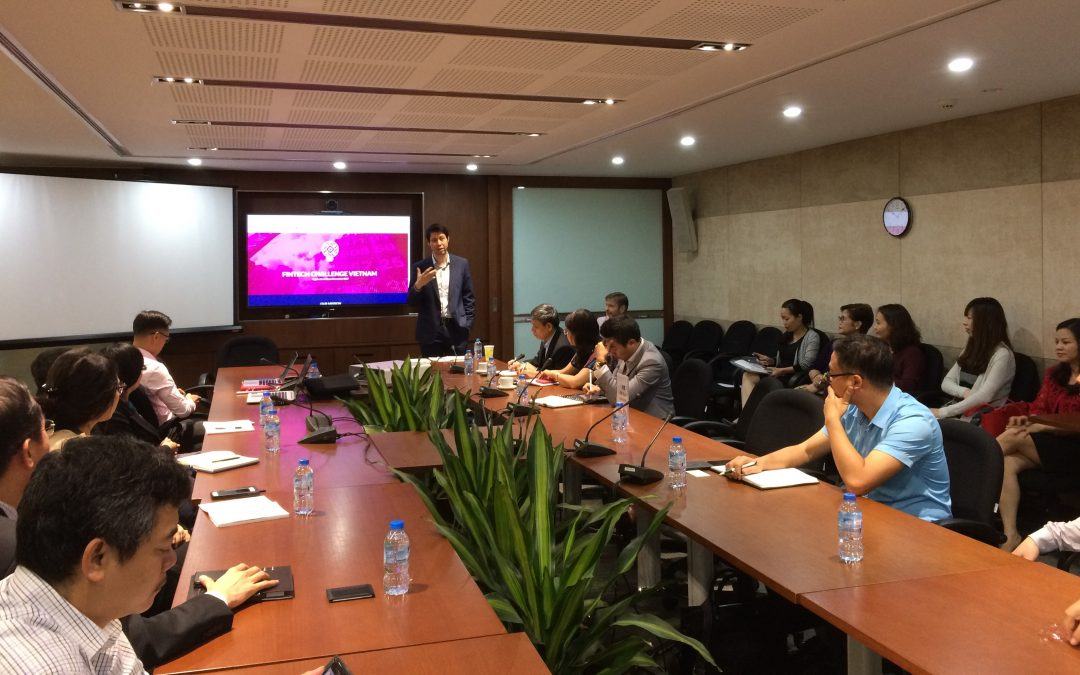 Financial technology can catalyze innovation, lending, and improvements to infrastructure. Policy Reform to improve access to fiscal resources and inclusion is a necessary precursor. The Mekong Business Initiative, a program sponsored by the Government of Australia, is foraging the path to expedite these processes for all. Meet FINTECH – The accelerator targeting local and international financial innovators as well as Vietnamese commercial banks.

Dominic Mellor, Senior Country Economist at ADB and head of MBI gave the opening remarks. Mellor pointed out that the FINTECH challenge is a 5-year spanning project.

“We have several other challenge programs in MBI, the utilize the lightbulb imagery. But we think it also evokes money. It looks like an old coin or even a silicon chip.”